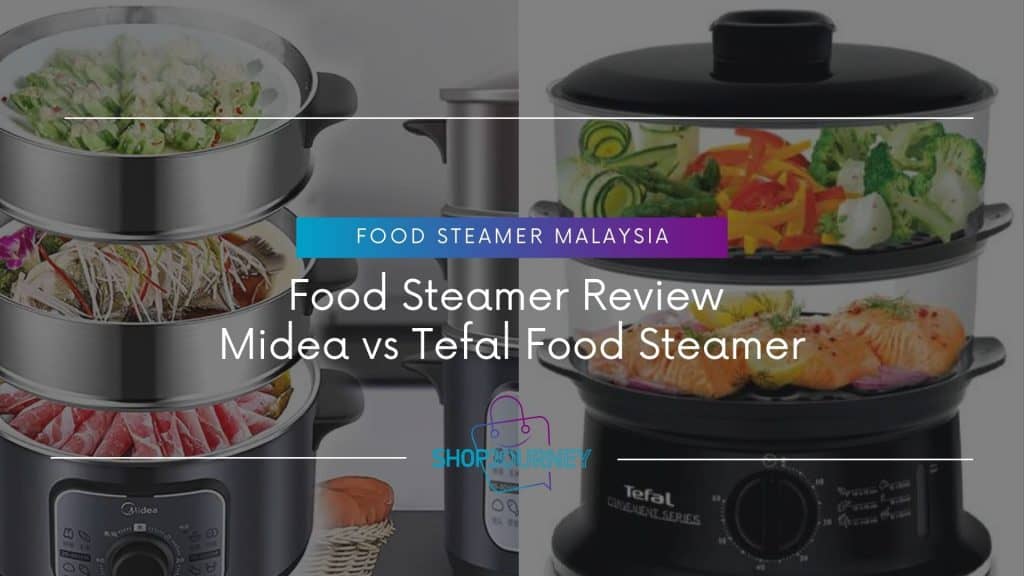 Steamers are a must have in the modern kitchen today. They’re simple appliances, for the most part, using hot steam to steam cook food. Owning and using a food steamer helps to improve the quality, taste and aroma of foods. With the increased demand for steamer cookers, there is a simultaneous increase in the production of steaming pots.

However, it goes beyond having a steaming pot to decorate your kitchen. The best food steamers can give you healthy meals with low effort on your part.

Recently, there has been continual debate between two of the best food steamers, the Midea Multifunctional steamer and the Tefal convenient steamer.

After trying out several of the best food steamers, I’ve decided to organize my observations into a food steamer review between the two which I think are vying for the top spot.

My verdict is that the Midea Multifunctional Electric Steamer Malaysia is the best food steamer. It will suit most households. Hopefully, you will find this article helpful after reading this food steamer review. Kindly read on!

I’m not surprised that this has landed among the most popular food steamers. So, I’ve chosen the Midea multifunctional food steamer to be pitted against the Tefal model in this food steamer review. This electric steamer can steam food well in under half a minute. The draining system is designed to prevent tainting of the cooker and it’s user friendly.

If you would be cooking in large quantities, this might be the best option for you. It has a capacity of 8-10 liters and can be sectioned into 3 layers.  The digital food steamer consumes as much as 1300 watts of energy. The body is made with stainless steel material however, it is light enough for swift and convenient mobility, weighing only 3.2kg.

The cooker features multiple pre-set cooking functions. In other words, whatever you want to cook, the cooker has an already set mode to prepare it as perfectly as you would. Steam cooking has never been easier! Giving it the correct amount of heat and appropriate timing. I consider it awesome for busy people like myself. All you need do is set it up and go about your other schedule then return to your ready-made meal.

Some of the pre-set functions include roast, cooking rice, seafood, stews, and so on. These features also lock in the flavor of your food and makes it appealing when served.

It offers a 1-year general warranty with a BPA free material and a stable base.

Tefal company is a French based company known for the production of quality and durable non-stick kitchen cookers. The company has been in existence since 1957 and has honed its name worldwide in delivering up to expectations ever since.

This Tefal Convenient Steaming pot is no exception to their awesome products. It features 2 layers and can accommodate as much as 6 liters. With the multiple layers, you can prepare a variety of meals simultaneously. At the same time, you can remove the grid that sections the food steamer into sections if you want to prepare a larger quantity.

The body of the Tefal steamer is made with plastic material and is transparent. If you are like me and enjoy looking at your food while it cooks, this Tefal cooker is a great option for you. It measures 295 length x 295 Width x 235 Height.

Another great feature of the food steamer is that it consumes less energy, about 980 watts. You don’t have to be around during the cooking process with its 60 minutes maximum independent cooking timer automatic shutdown feature after cooking is completed.

While cooking food, if you feel the need to refill the water, you can conveniently do so without switching off the cooker. It is also designed to provide compact storage, requiring minimal space in your kitchen to store it.

The Tefal Convenient Steamer offers a 2-year warranty on the entire product. In addition, you do not have to condemn the entire steamer pot when a part of it is damaged. There are replaceable or repairable parts that can last as much as 10 years.

On top of that, the Tefal convenient steamer also comes with a rice bowl. This added rice bowl accessory makes it easy for you to make steamed vegetables and cook rice at the same time. The steamer trays or steamer bowl also has depressions for putting eggs. You can steam small portions of food at the same time, making it an ideal choice for a one-two person household.

Both the Midea and Tefal food steamers have their unique properties that makes them distinct and special in their own way.

Nonetheless, in this section I would be comparing the two products based on some features.

The Midea Food steamer has 3 layers and a large capacity of 10 liters. The size of this tier food steamer makes it perfect for large quantities of food, while keeping foods separate. If you like to cook in bulk or you have a large family. I would suggest this steamer.

The 3 layers give room for multi sectional cooking options simultaneously which helps to save time, energy and cost. Despite its large capacity, it only weighs a little above 3 kg which makes it easy to carry around without hassle.

The Tefal Convenient Steamer, on the other hand, is large enough to take 6 liters of food. Though it is divided into 2 sections, you can easily remove the grid that separates the two sections and there you are with your whole 6 liters capacity steaming pot!

With the 2 sections of this steaming pot, you can prepare two different meals at the same time as long as they require the same period of time and the flavours would not affect each other. The steam tray size has a diameter of 260mm and height of 90mm

Considering the size and layers, in my opinion, it is better to have one that is big enough to take large quantities and more rather than one that would have you cooking twice because it is small.

Based on this, my choice is the Midea Electric Food Steamer.

One feature to look out for in a modern electric steamers is the control panel. More advanced steamers come in LCD display control panels however, the objects of comparison have digital control panels.

No doubt, the control panel of the Midea electric steamer is beautifully designed. It features a 75-minute timer. It has a timing guide for preparing different kinds of meals, something that its Tefal counterpart also has.

If you are unsure of how much time is needed to perfectly prepare either rice, stew vegetables and so on, you don’t have to worry about over or under cooking it. This timer guide recommends how much time you should set on the timer to get the best results for that food.

The control panel of the Tefal Convenient Steamer is user friendly and easy to use and understand.  It has a timer that can run as long as 60 minutes at a stretch. In addition, just by the timer, there is a timer guide for different meals such as fish, meat, vegetables, rice and so on.

Another safety feature that this steamer provides is the indicator light that indicates when cooking is in process with a red light and a green light when cooking is completed.

The major differences between the two steamers are that the former has a longer timing with a light indicator but the latter has a shorter timing.

If I were you, I would choose the Tefal convenient cooker because the time indicator is a safety feature especially when kids are home.

If your steamer pot doesn’t have an automatic shut off function then you must be in the old century. One of the most important features of a steaming pot is its ability to work independently in the absence of a manual control.

So, if you need to cook something that would last more than an hour, you would have to come back to add the remaining time after the hour lapses. Whereas, the Midea provides a prolonged cooking time.

I wouldn’t mind paying a little extra for a food steamer that has hardware that is dishwasher safe. It’s a plus to have to not manually clean after the stress of cooking.

A product that is dishwasher safe can withstand high temperatures characteristic of most household dishwashers.

If you need a good food steamer Malaysia that has this seemingly insignificant but important feature, both the Tefal convenient steamer or the Midea electric steamer are great choices.

Stand out Features of The Midea Multifunctional Electric Steamer

In this section of the comparison article, I would be outlining the unique features of the Midea  multifunctional electric steamer and discussing them in detail.

We’ve reached the end of this food steamer review! In summary, the Tefal and Midea electric steamers are worth the competition and comparison in the market today. Besides their quality and convenience of use, they both have unique qualities and features that make them unique in their own way.

You can choose the Tefal Convenient Steamer if:

1. Is my food steamer BPA free?

2. How do you descale a food warmer?

Into the steaming compartment, mix vinegar and cold water in 1:2 respectively. Switch on the steamer and allow it to run for about 10 minutes.

A 3-tier food steamer is quite simple and easy to use. Before use, add water in the steaming section and then the vegetables you want to cook in the tiers. Lock the lid and set the time you want it to cook for. 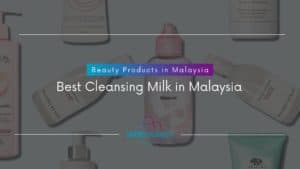 Keep your face clear of dirt, excess oil, and pimples with the best milk cleanser in Malaysia. Cleansing milk is 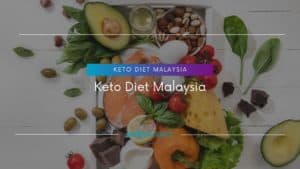 Have you ever altered your eating habits and noticed that the first two weeks were smooth. However, as time passes 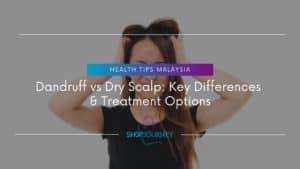 Dry scalp vs dandruff — which is it? Do you think you might be facing either issue? Do you struggle

Send Us A Message 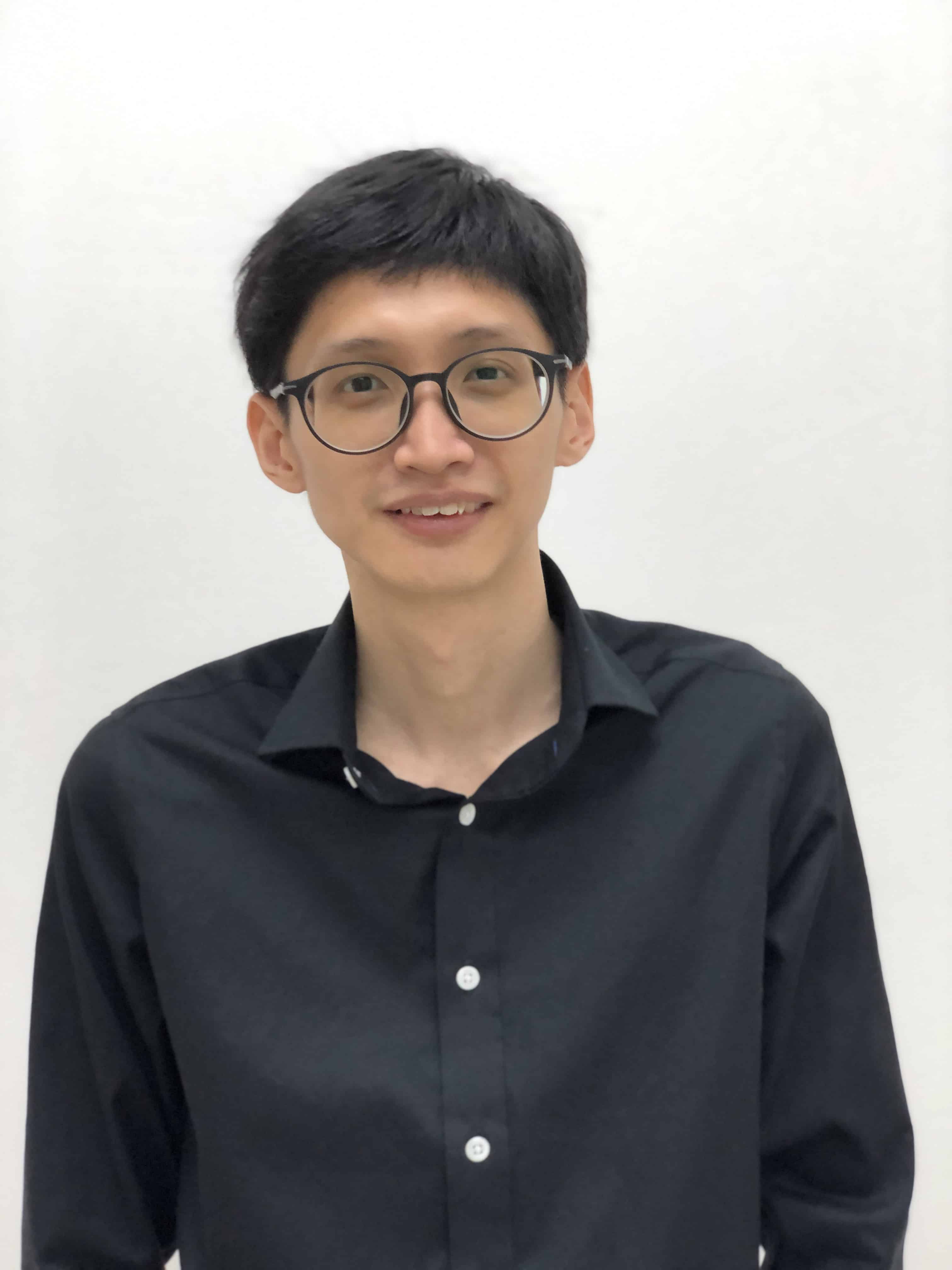 Mr Smart Shopper lives by the motto of creating value beyond the deal. “Always research before buying!” - He who focuses on the quality of a product instead of the phenomenal sales right in front of his eyes, is a thrifty one when it comes to making pricing decisions.

Keep your face clear of dirt, excess oil, and pimples with the best milk cleanser in Malaysia. Cleansing milk is a light and creamy formulation

Have you ever altered your eating habits and noticed that the first two weeks were smooth. However, as time passes by, the initial motivation starts

Dry scalp vs dandruff — which is it? Do you think you might be facing either issue? Do you struggle with knowing how to tell

Menu
Copyright © 2022 Start Your Shopping Journey With Us

Powered by One Search Pro